FOR MORE OF MY PERFORMANCE WORK click on the button below

Jane Sadeian the play: a woman’s journey from disempowerment to empowerment

My play Jane Sadeian takes the audience through a journey of role breaking and empowerment. A woman transcends the limitation of her life circumstances while testing the limits of her own femininity she ascends into the world of a female libertine. While looking for new experiences she is drawn into a complicated relationship with a man who works at a local bookshop. He introduces her to the work of Marquis De Sade. Torn between the denial of pleasure, the feeling of isolation and the possibility of new adventures which she both fears and desires. The piece Includes extracts from De Sade ‘Justine the misfortunes of Virtue’ and highlights some of the complex issues around the female condition still faced by modern women in today’s world.

The performance of Jane Sadeian at the Actors Centre in the John Thaw Studio has been postponed until next year due to the Covid situation.

Evolution of feminine power: themes found in the fairy tale ‘The maiden with no hands’ by Brothers Grimm.

The folk tale of the Girl with no hands sometimes called the Maiden with no hands  by Brother’s Grimm draws our attention to the gradual evolution of feminine power, a journey from female disempowerment to empowerment.  In this story A woman’s destiny is ruled initially by her need not to succumb to ‘the economic deal’ her father has made with the devil.The father who has the power to sell or trade his daughter and is symbolic of society and its laws concerning women and the ways in which a woman is exploited. The father is promised wealth by the devil by trading his daughter and only after the father has received the wealth and social standing he is willing to offer the daughter some protection. As the father grows rich from his bargain, the daughter is disinherited, depersonalized, and finally, dismembered. With her hands cut off she is denied the power to do anything in the world. It is the ultimate disempowerment because it ensures the daughter’s helplessness and, finally, it guarantees against her anger or retribution. Having been used so badly in the father’s house, the daughter refuses his gesture to help her and she leaves home.Eventually she  finds help in the  power of religion, when she is rescued by an angel, then in a cottage deep inside a forest, a place sometimes associated with a witch and the practice of witchcraft, art, healing, or seduction. The maiden’s retreat into the feminine world, the feminocentric environment of the forest, where  she is able to preserve her psychic integrity and to establish her true power and identity in spite of the devil’s claim. As she finally becomes empowered, in a small cottage in the forest instead of a convent or church.

Brothers Grimm fairy tale the Maiden with no hands

Once upon a time a strange man approached a miller and offered him wealth in exchange for what was standing behind the mill. The miller remembered that behind his mill stood  an apple tree, unfortunately he was unaware that the strange man was actually the devil,  So before he realised the miller agreed.

When he went home he told his wife about his weird encounter but she told him that he was mistaken and that it was actually his daughter standing behind the mill and  then suddenly the miller realised his great mistake.

The miller received his wealth and  when 3 years passed, the devil reappeared to take the girl as he said he would, but the girl had kept herself sinless and her hands clean, and the devil was unable to take her.

The devil threatened to take the miller instead and kill him if he did not chop off his daughter’s hands. Afraid, the miller and his daughter agreed to do so. And so the father mutilated the girl.However, she continued to weep onto the stumps where her hands once were, so they remained clean and the devil was still unable to take her.One day the girl decided to set out into the world to escape, despite her father’s new wealth.

Eventually She came upon a stunning royal garden filled with flowers and trees and saw fruit on these trees. After walking all day, she was hungry and wanted to eat a pear, so she prayed that she be able to get into the garden. An angel appeared and helped her. While the angel stole the fruit from the tree the King’s gardener saw her and the angel, he was afraid upon seeing the spirit so he hid inside a bush.

The next day, the king noticed that pears were missing and his gardener told him that he had seen a ghost taking them. The king awaited the girl and approached her when she came back to the garden the next day.

She told him that everyone had abandoned her and he said that he wouldn’t abandon her. Soon after, he married her and made her the queen and gave her new hands made out of silver. Then the kind went to war. A year later, she gave birth to a son;  The king’s mother sent news by letter of his birth to the king who had gone off to battle. The messenger made a stop along the way in a wood, and  while he was sleeping the devil changed the letter to say that the queen had given birth to a changeling.

The king was saddened at the news but sent back that they should care for the child nonetheless. On the way back the messenger made another stop along the way and while he was distracted the devil stole that letter too and reworded it once again. This time, making it say that they should kill the queen and the child and keep the queen’s heart as proof. The king’s mother she despaired. She loved the queen and To aid her and her son, she killed a deer for its heart and told the queen to take her child into the world to hide.

The queen and her son left the castle in great hurry and went into the forest where she prayed for help, the  angel  returned to her, appeared and brought her to a hut and nursed her son. She lived in this hut in the forest for seven years, and eventually her hands miraculously grew back.

The king returned to his castle and discovered the letters had been tampered with, so he set out to find his wife and child.He traveled to many places and after seven years, he was very tired when at last he found the hut that the angel took the queen into. The angel welcomed him  inside  and he laid down to sleep with a handkerchief to cover his face. His wife appeared and the handkerchief fell from his face. The child became angry because he had been told that God was man’s one and only father. The king asked who they were, and the queen told him that they were his wife and son. He initially did not believe her and said that his wife had silver hands. She replied that God had given her real hands and then retrieved her silver hands that had fallen off and showed the king. The king rejoiced at finding his wife. They both went back to their kingdom and lived happily ever after. 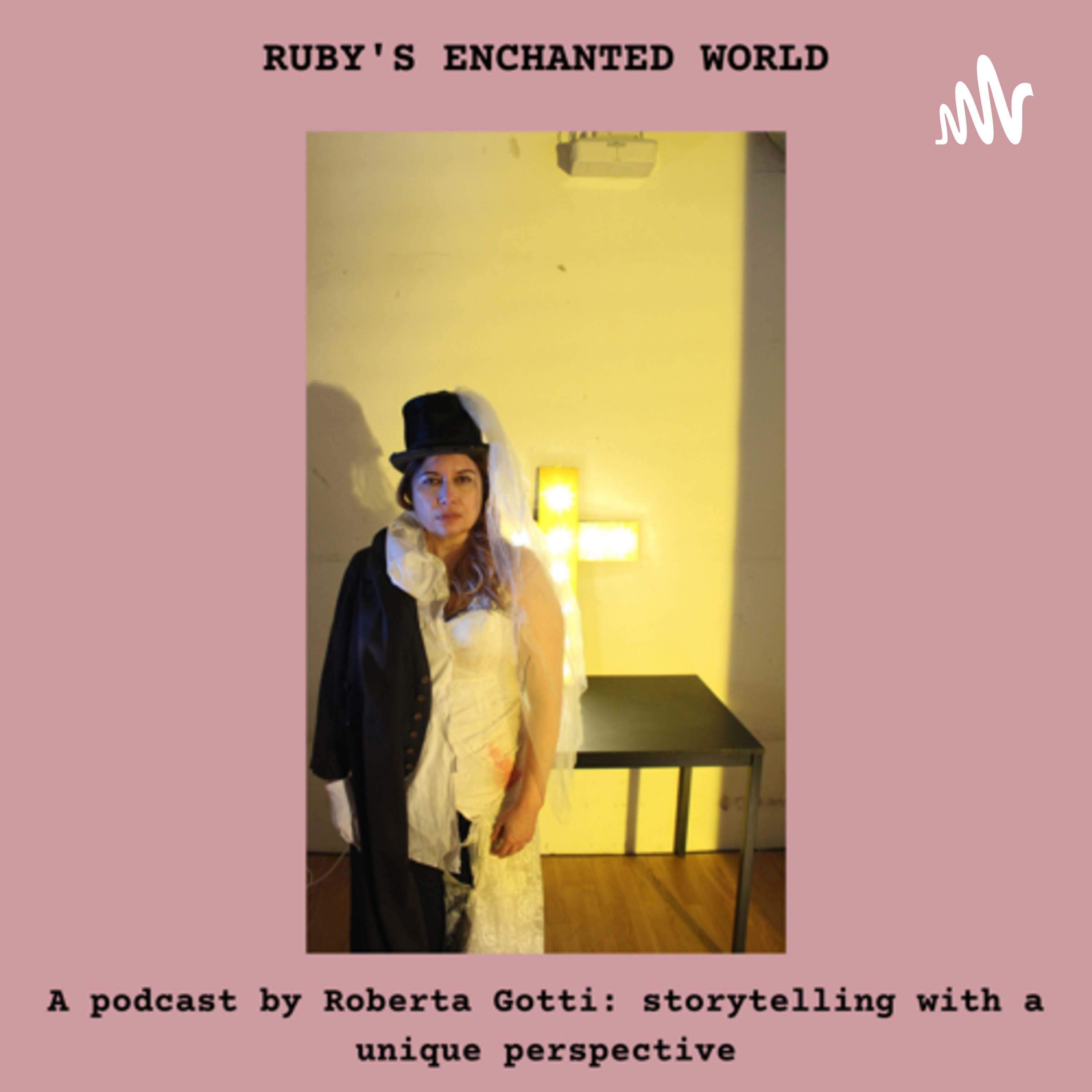 This is the 5th story in Gerda’s journey to the Snow Queen’s palace. It tells of her encounter with a little robber girl who is full of surprises. I also talk about my new play (work in progress) ‘Salamander’.